On the final day of voter registration in Pennsylvania, a group of Penn students protested the candidacy of famous Wharton alumnus and presidential nominee, Donald Trump, with artwork displaying women presumably revealing their genitals. 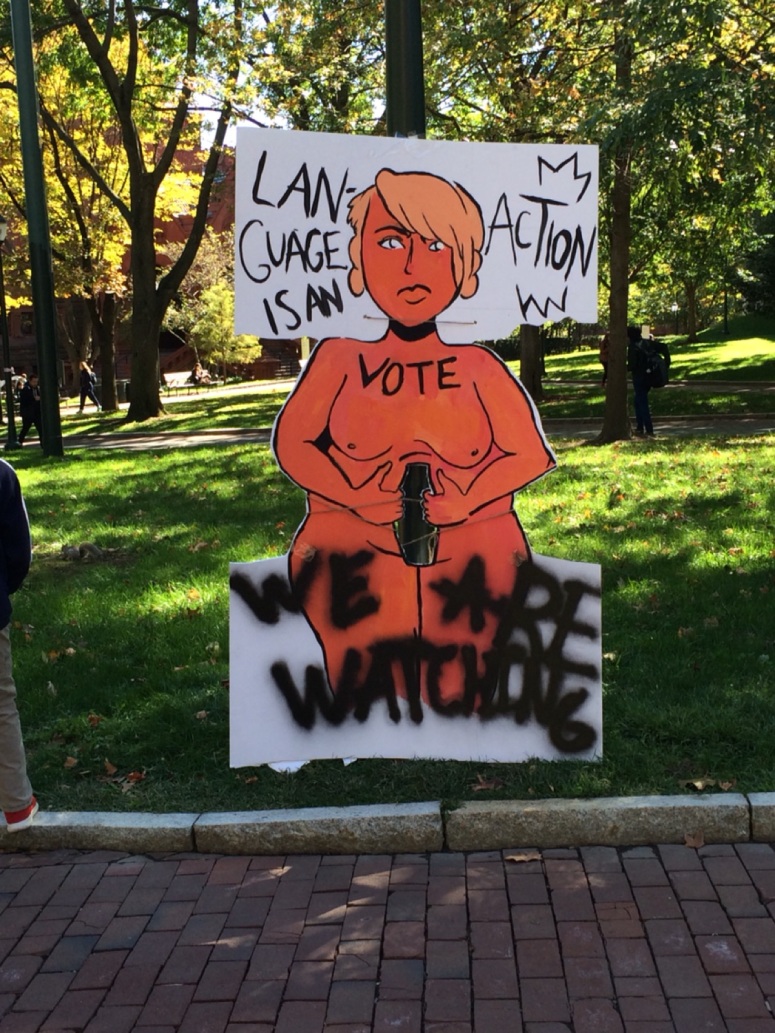 The protest, entitled “Your Body, Your Vote”, appeared on College Green Tuesday following the Washington Post’s leak of 2005 audio between then Access Hollywood co-host, Billy Bush, and Donald Trump.

In the audio Trump states, “I’ve got to use some Tic Tacs, just in case I start kissing her. You know I’m automatically attracted to beautiful — I just start kissing them. It’s like a magnet. Just kiss. I don’t even wait.”

“And when you’re a star, they let you do it,” Trump says. “You can do anything.”

The student group, We Are Watching, in a flyer that accompanied the artwork, stated their belief that Trump’s rhetoric makes him “an active advocate of rape culture.”

The group explains that the posters represent the “danger that Trump’s candidacy poses to our bodies.”

Senior protester Rhea Singh, as reported by the Huffington Post, confirms this sentiment saying, “Supporting a Donald Trump presidency is a personal attack on the bodies of women.”

We Are Watching rejected Trump’s apology for his 2005 statements, and urged people to register to vote against the candidate. 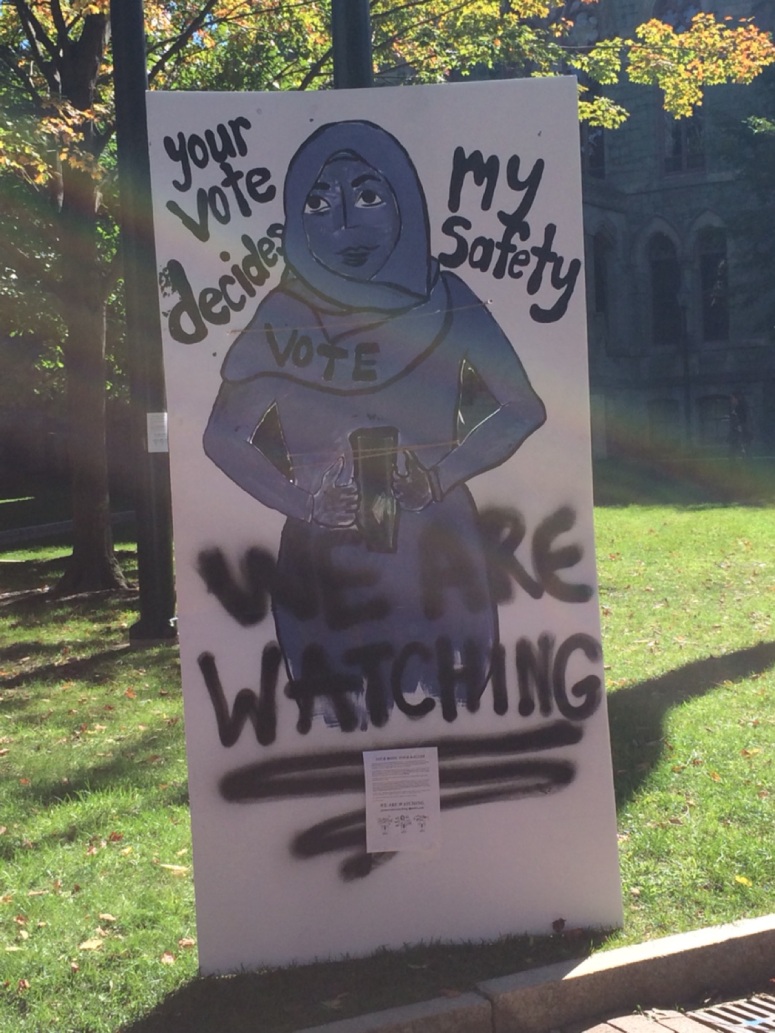 The group had people on site to register passersby that were not yet registered to vote.

This isn’t the first time We Are Watching has sparked discussion about rape culture on campus. About a month ago, the group republished an email sent out by off-campus fraternity, OZ, that they felt was a clear indicator of the existence of rape culture on Penn’s campus. Hundreds of copies of the email were plastered around campus.

However, this has also not been the first time that Donald Trump has been denounced by his alma mater. In July, the Wharton community told Trump, “You do not represent us” in an open letter that had 3,937 signatures. In September, faculty and alumni urged President Amy Gutmann to publicly denounce the candidate.

Organizer of yesterday’s protest, Amanda Silberling, hoped the protest would further “show that many students at Penn, Trump’s alma mater, do not support his hateful behavior and rhetoric.”