Two University of Pennsylvania cheerleaders protested the American flag during the national anthem at this past Saturday’s football game against Lehigh.

Alexus Bazen, a junior in the College, took a knee, while Deena Char, a Wharton junior, raised her fist.

“I believe that both the flag and the anthem are symbols of oppression, discrimination, violence [against] minorities and people of color, and unfortunately, America is a country that was built on the back of slavery and institutions that have . . . plagued our society,” Bazen stated. 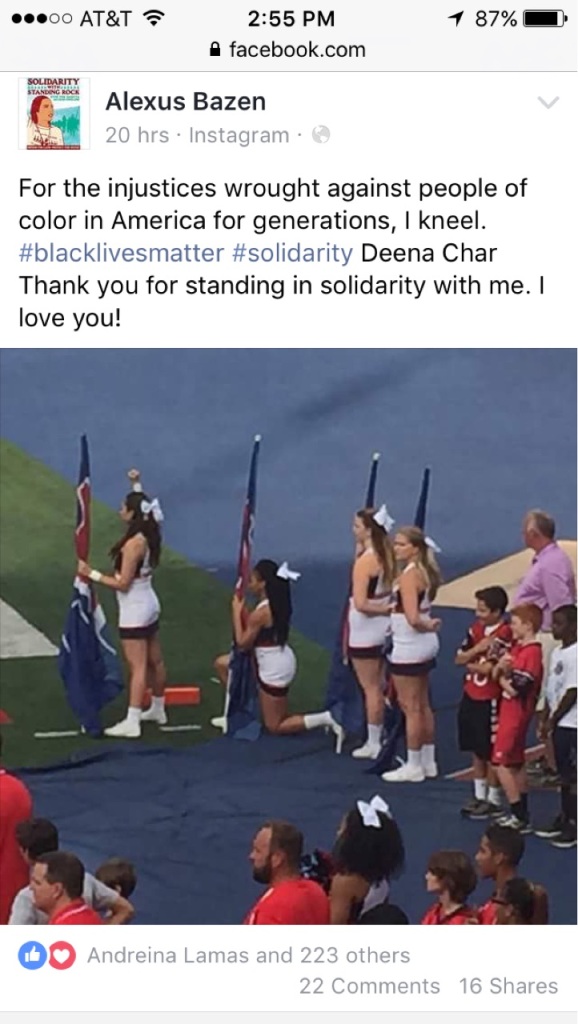 Many have been critical of those who have begun protesting the flag in recent weeks, saying that these protests offer no solutions and do nothing but create division.

“Nothing I’m doing created the division. . . . this division has been here for centuries,” Bazen said.

When asked what specific changes the United States must make in order to make its flag worth saluting, Bazen answered “I personally don’t think there’s really a definitive moment that says ‘OK, we’ve reached some sort of change.’ I think, honestly, it’s a very gradual process. . . . These systems and institutions have been decades – centuries – in the making. Institutions such as Jim Crow, segregation, and discrimination – these things have been going on for so long.”

Despite her objections to the flag, Bazen is thankful for her freedom to protest: “Thank God I live in America, that I have the right to be critical of my country, and to speak out about injustices that I see perpetuated by my country,” she said.