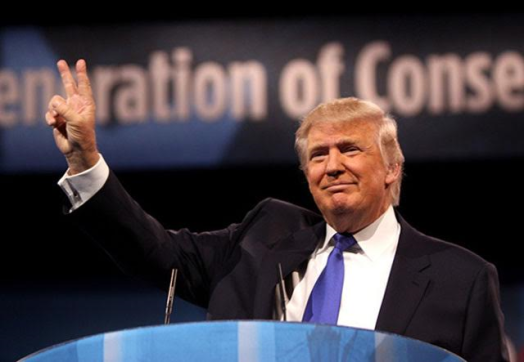 Yes, I am an ever-exotic Ivy League Republican. No, Donald Trump is not a perfect conservative. Yes, I am still voting for him.

Surely those in the party who have declined to do so have noticed that Hillary Clinton is no ideologically pure adherent to liberalism. Yet if elected, she has pledged to lead the country further left, and for this reason millions who identify as liberal will still vote for her.

In the same way, Donald Trump is not the epitome of conservatism. Indeed, conservative pundits and papers from Ben Shapiro to Detroit News to Arizona Republic have hopped upon the “Never Trump” train declaring that the GOP candidate is not truly conservative. But shying away from a presidential candidate simply because he is not far-right misses the point. Besides, ideological impurity has never stopped them before, seeing as a conservative has not held the nation’s highest office in decades.

If the newspapers were such ideological purists all this time, they would have declined to endorse every GOP candidate since Reagan. The limiting factor in this cycle is not these commentators’ ideological moorings. Instead, the difference now is that they have identified a clear motive to maintain their credibility by disassociating their brands from a controversial figure, and they have done so.

I understand that such suddenly-staunch outlets harbor these non-ideological qualms regarding Donald Trump — his distasteful diction, his anxious self-consciousness — but again, the very same have repeatedly endorsed candidates with equal-to-worse public relations skills, and if he is no conservative, he cannot logically taint the reputation of conservatism.

Ben Shapiro, conservative lawyer, author, and radio host, makes similar — accurate — claims regarding Trump’s watered-down, inconsistent, quasi-conservative political views. However, Shapiro resorts to emotional arguments rather than facts, claiming that if Trump is elected, “Conservatism will become the crypto-racist, pseudo-strong, quasi-tyrannical, toxic brew leftists have always accused it of being.” Fear mongering and appeals to emotion are tactics used by leftists to push collectivist policies, as Shapiro often notes, and they are poor rhetorical devices. Shapiro loves to say, “Facts don’t care about your feelings.” He ignores the fact that conservative ideals exist independently of the head of either party, and that electing a Republican who fails to follow conservative principles as consistently as we would like—for the fourth time since Reagan—could not somehow ruin the validity of arguments favoring constitutionalism, free-market economics, or personal freedom.

I do concede that if elected, Trump will logically affect the reputation of the Republican Party, for better or for worse. The pivotal fact, however, is that conservatism is separate and external from any party. Shapiro posits that America is driving towards a cliff, where Republicans are our only way back and electing Trump is equivalent to ripping out the reverse gear.

Firstly, no party has ever been brought to its demise by a single unlikable member. Secondly, several parties have functioned as the “reverse gear” clamoring for freedom and constitutionalism, and conservatives must be concerned with specific, principled policy proposals rather than an obsession with party image if they truly wish to retain their reputation for prosperity and liberty. That is the path to distinguishing conservatism from the “alt-right;” electing Hillary Clinton is not.

What “Never Trumpers” also forget is that it is okay to advance conservative policy proposals piecemeal if the alternative is advancing no conservative policies at all. I understand that, in theory, we prefer to take all-or-nothing stances. However, when it comes to advancing real policies, if you are offered half a loaf, you ought to take it.

If Republicans only voted for conservative purists, we would be sighing in relief right now after having watched Ted Cruz wallop Hillary in the first presidential debate. Perhaps the associated regret of this missed opportunity will be a lesson to future primary voters. But let us not stumble into even greater regret by allowing a corporatist, Machiavellian, borderline collectivist, undiplomatic pedagogue become the leader of the Free World, or give her the power to purposefully weaken this nation.

I refuse to wallow in the fact that my favorite candidate did not win his party’s nomination. I call other rational liberty advocates like myself to vote in favor of policies that represent small steps in the right direction, even though imagining great leaps is more intellectually satisfying. After analyzing the policy proposals of the several candidates with significant registry in national polls, I have come to a distinct conclusion on my course of action.

I vote for dismantling the Affordable Care Act rather than expanding the lie that is universal health care.  Universal health care invents rights to specific services while robbing patients and providers of rights that actually exist. It stokes the flames of out-of-control health care costs.

I vote for replacing that un-American failure with a competitive, patient-centered system including interstate insurance competition and health care savings accounts (HSAs).

I vote for lessening the economic burden of federal taxation on all American citizens rather than further suffocating the most powerful economy on the planet.

I vote for protecting the lives of millions of unborn human children per year.

I vote for nominating constitutionalists like Mike Lee to fill the void left by Justice Antonin Scalia and other pivotal Supreme Court seats which will open up within the next four to eight years.

I am an Ivy League Republican and this November, I will vote for Donald Trump.

One thought on “Oh Yes, I Am a Trump Supporter”